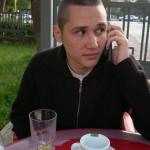 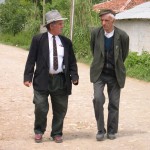 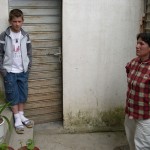 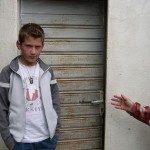 An Albanian history student, Stavri (21), is researching the traditions of his country, the “Kanun”, common law that has existed for hundreds of years and is especially prevalent in the rural north of the country. The “Kanun” also sets rules for blood revenge. Although the communists banned the Kanun, after the collapse of the former government it once again became the law of the land in remote regions of the country.
Stavri comes to realise that new cases of blood revenge have little to do with the old text and laws of the “Kanun”. No one is following any of the rules anymore, whether old or new. Since the government and its (judiciary) agents are quite weak across the land, more and more people are taking ‘the law’ into their own hands.
The feature confronts a historic case of blood revenge (inspired by Ismael Kadarés novel The Broken April) with today’s reality.
The young Albanian’s research gives him deeper insights into the backwardness of these traditional ways of life and the conflicts between old and new, thus providing a glimpse into the strange and sometimes very foreign world of the Balkans.

The full version can be ordered as audio book (LAB 7080) through www.laborrecords.com or http://www.cdbaby.com/cd/JeanClaudeKuner
Release date Fall 2009. 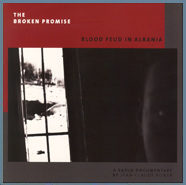