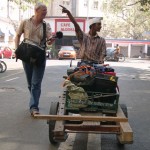 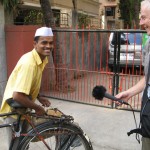 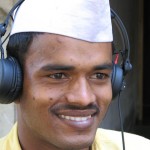 An exploration of modern India told through the story of the Dabawallahs, the people working in the highly efficient meal delivery system of Mumbai.
Each morning 5,000 Dabbawallahs collect approximately 200,000 meal containers in the suburbs and deliver them to offices in the city centre. Four hours later the empty containers are collected and returned. It’s a delivery system that started in the 1890s to accommodate people from different ethnic backgrounds with strict rules about how food should be prepared. It functions without managers or supervision; most of the workers are illiterate and all receive the same wages.