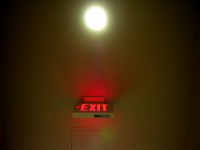 In Switzerland for the last 25 years organizations dealing with patient-assisted suicide are in existence. The Swiss ethics commission supports the right for self-determination up to the last day – not only for its citizens but also grants this right to foreigners. For this Switzerland is worldwide the only country having such a liberal attitude. A kind of ‘suicide tourism’ to Switzerland is the result of this unique rule.
Together with Holland, Belgium and Oregon in the US, Switzerland is at the forefront concerning the liberalisation of euthanasia.
EXIT is one of the main organisations in Switzerland and the focus of this documentary.
How do these organisations work? How do they deal with the moral, ethical and even religious aspects of their actions? The documentary looks into the philosophies of Seneca and Michel de Montaigne and shows how this liberal way of thinking from the past finds its way into our modern era. How, as a result of our modern medical achievements, the thinking of these philosophers becomes suddenly relevant again.
In dialogues with patients, doctors, EXIT employees, a contemporary philosopher and two Protestant ministers, the piece unfolds these liberal and revolutionary insights into one of the last taboos of our time: the right to your own death.