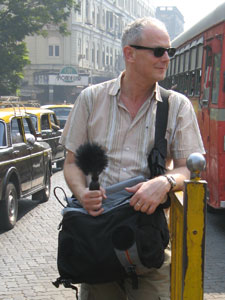 Travelling is one of my passions. It all started in 1980 when an editor from SFB Broadcasting in Berlin suggested I take a tape recorder with me on my first trip to the States to see what I brought back. A series of programs about contemporary American music were the beginning of my work in radio.

But theatre was a passion as well. In 1982 I started to direct plays and operas all over Germany as a freelance director. Contemporary plays mainly. Beckett, Brecht or Thomas Bernhard. But the two passions conflicted. I preferred travelling and exploring more than just one world.

I continued my radio work when I had no theatre projects. It was a source of income I kept secret from the theatre world.

Then I met Klaus Lindemann at SFB in 1992. And the job turned into a passion. I discovered features and found a sensitive, while at the same time critical mind in him. The creative challenges I encountered in this radio format started to excite me right away. One of my first pieces was about Native American reservations in the State of New York. 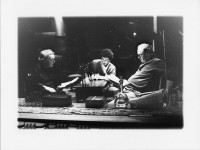 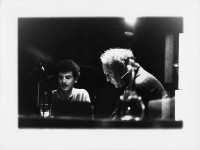 Born in Basel, and living in Berlin since I left Switzerland at the age of 22, I always loved to live in different places. New York and San Francisco were just a few of the cities I spent several years in. This provided me with great professional encounters and experiences. I put together works about composers like John Cage, Philip Glass and Steve Reich. And at the same time I tried to get a play produced in New York, which never really got off the ground.

Music and sounds are what I love. I prefer to write about things I don’t know very much about initially. I like to follow my curiosity and look at things with a fresh perspective and unprejudiced mind. Naturally I mainly found my subjects abroad, especially in North America. But I also love to explore exceptional life stories. The folksinger Pete Seeger and the pianist Grete Sultan, the world traveller and composer Hans Helfritz and the actor Curt Bois. 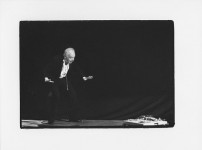 Oh…and the theatre? I left it very suddenly. One night in Weimar I woke up and knew that I would end my theatre life for good. I went to the rehearsal, said goodbye to the actors and returned to Berlin. That was in 1996.

Since that time passion, curiosity and diversity remain the keywords to my work and life. Being freelance and independent.

→ more about my radio plays in english on this page 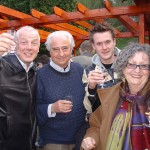 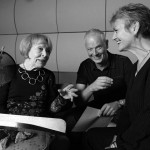 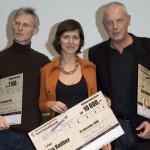